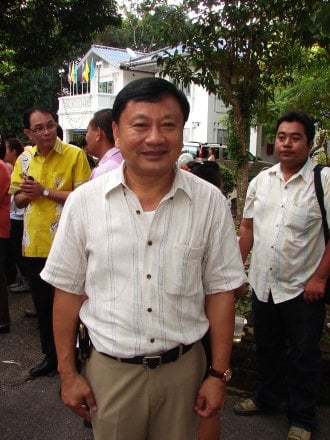 Having served as a vice-governor of Phuket since December 2006, Governor Tri is well aware of the many complex issues facing the island.

The 58-year-old is a bachelor’s degree graduate in political science from Chiang Mai. He also holds a master’s degree in public administration from Kentucky State University in the US and is fluent in English.

According to a media release from the Phuket Provincial Office, Gov Tri will continue to push unfinished infrastructure projects and focus his energies on developing a sustainable tourism industry.

“I will surely continue infrastructure projects including Klong Koh Phee Road, a light-rail project, the Phuket Airport expansion and making the Phuket International Convention and Exhibition Center a reality. All of these projects will help support Phuket tourism, which generates hundreds of billions of baht in income for the country annually,” he said.

“For this reason I count tourism development as my first priority. I will push to create a sustainable tourism industry, with good community involvement. I would also like to promote Phuket’s culture and natural beauty as a way of attracting visitors.
“In order for my wish to become reality, I must urge Phuket residents not to take advantage of tourists. If their spending while on holiday here is reasonable, they will return regularly, which would mean more income for tourism business operators in the long run,” he said.

Although he officially starts today, Gov Tri has had to spend the day decorating and arranging his new home: the Phuket Governor’s Mansion.

At 8:30am on Monday he will set to work after the traditional ceremony of paying respects to King Rama 5 at the statue in front of Phuket Provincial Hall.