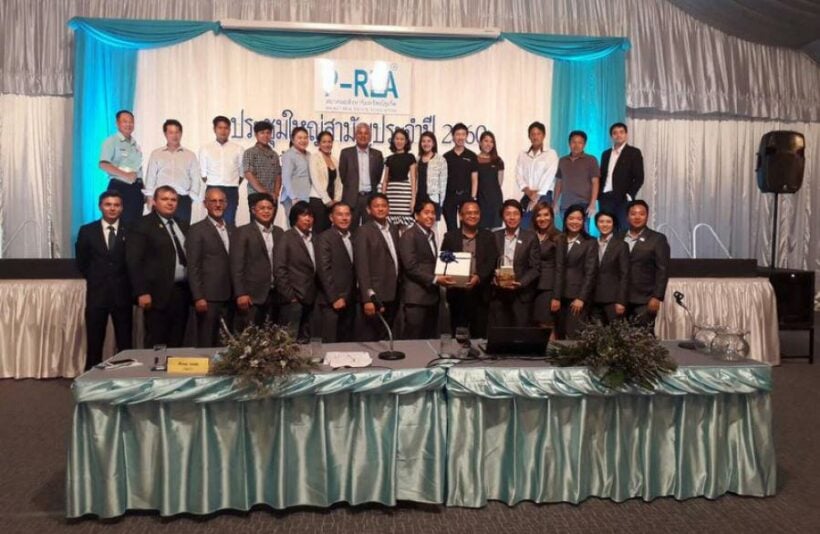 PHUKET: Boon Yongsakul, Phuket-born businessman and Deputy Managing Director of Boat Development Company, was chosen as the new president of the Phuket Real Estate Association (P-REA) in a ceremony held at the Phuket Boat Lagoon earlier this month.

Mr Boon will hold this position for two years.

“It is a great honor to be chosen as the president of the P-REA. My first priority will be to enhance the standard of this association and bring it on par with other international organizations,” said Mr Boon.

“It is vital to bring in foreign investors in order to strengthen the future of Phuket real estate,” he added.

He also revealed plans to introduce a special curriculum for those interested in learning more about Phuket property and to provide them with the knowledge and ability to develop sustainable real estate.

“We must only rely on professional and experienced entrepreneurs. There are various chains of international hotels and big property companies from Bangkok that have invested in Phuket, which leads to tough competition,” said Mr Boon.

He urged developers to adhere to the highest quality standards in order to strengthen the Phuket property market.

“Condominiums, for instance, must be close to tourist attractions, and must not simply rely on offering ‘sea views’. They have to be equipped with everything that medium to high end customers might want. At the moment, prices for condominiums are in the range to 1-2 million baht because of oversupply,” said Mr Boon.

He added that the market for stand-alone houses and townhouses was strong in areas like Thalang and Chalong because people prefer to live away from the city center. He expressed a particular interest in developments along the Bypass Road, as it offers a wide range of choices for department stores, with several upcoming projects planned there.

“Villas and pool villas sell for US$1-10 mn. Compared to a place like Hong Kong or Singapore, you can only get a penthouse in this price range,” noted Mr Boon.

He also spoke about some of the vital factors in the development of Phuket real estate.

“One of the main factors is tourism. In a tourist city like Phuket, the market depends mainly on the number of visitors. This also includes Thais, as many people from other provinces come to Phuket to work and start businesses. This encourages the market overall,” said Mr Boon.

Another factor that he named as important in real estate development was public transport. He said that even though it had not yet become a reality, he admired the government’s efforts to bring stability, which would boost all sectors, including private investment.

As far as the light rail project is concerned, Mr Boon said that it would be beneficial for property and retail markets as it would encourage entrepreneurs and developers to initiate new projects in the areas covered by the light rail.

Mr Boon explained that even though the retail boom in Phuket was good for economic growth, it also increased property developers’ capital costs.

“The absorption rate (the rate at which available homes are sold during a given period of time) for the first quarter of this year has remained stagnant, unchanged from the same period in 2016,” he noted.