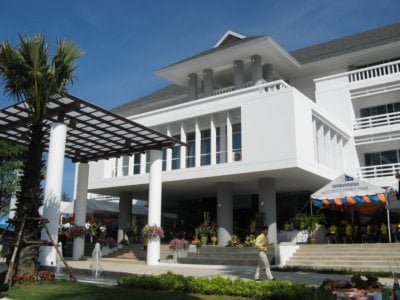 The new offices, which took about 17 months to complete, are on three rai at Kata Beach, next to the Kata Beach Resort. The stately four-story building replaces two old, single-story wooden buildings at the same site.

Beneath the building is a car park for 40 vehicles and on the top floor is an auditorium with a capacity of about 400 people.

Karon Mayor Tawee Thongcham told Gov Niran that the new facility was intended to better service the needs of residents of the Kata-Karon area, which now has 7,000 hotel rooms.

One reported dead, at least two injured in road accidents