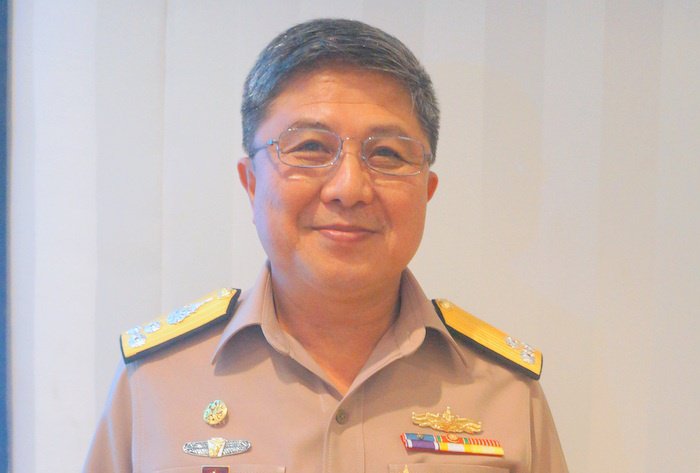 PHUKET: The Royal Thai Navy tabled the idea of limiting the number of tourists to islands in the Andaman region, including Phi Phi Don, in order to promote environmental sustainability.

“We are concerned that not enough is being done to preserve our nation’s environment, which is essential to the tourism industry,” said Sayan Prasongsamrej, commander of the Royal Thai Navy Third Area Command. “However, we do recognize that many departments are already doing their best to manage certain national treasures, such as our national parks and marine parks.”

Vice Admiral Sayan explained to those at the Maritime Enforcement Coordinating Center Area 3 meeting on Monday that it was essential for the Navy to understand their role in preserving the coastal environments in the region.

“For example, an island like Tachai really only has the capacity to cater to about 80 tourists at a time. However, hundreds of people descend on it daily,” V/Adm Sayan explained. “It’s not just small islands that are suffering. Larger ones like Phi Phi Don are also being asked to play host to too many people.”

In order to restore a balance between tourist numbers and the preservation of nature, V/Adm Sayan proposed that tour boats and tourist numbers be limited and strict schedules be established.

However, he also made it clear that it was neither the Navy’s job to step in and do the work of others nor were they in a position to attempt to control how other departments managed islands they were put in charge of.

“We want to support and help coordinate efforts,” V/Admin Sayan said. “I do not want to interfere with any plans or regulations already in place.”

Phuket Marine Office Chief Phuripat Theerakulpisut was supportive of the idea of limiting tourist numbers and vowed to begin cobbling together a plan.

“At this point, I have no firm plan to present. But as soon as I do, we will reveal it to the public,” Mr Phuripat said.

“When we all work together to enforce the law, we are able to truly benefit the nation,” he added.

Filipino fugitives to be deported

Male nanny off the hook for alleged baby rape