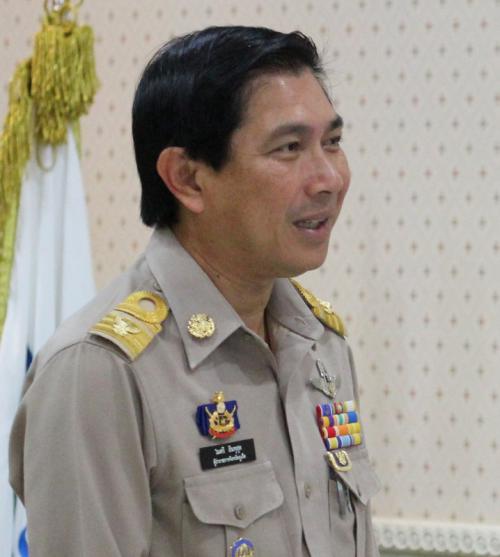 “We’ve made a huge amount of progress, but with the current political situation, the momentum was starting to dissipate. Everyone is in interim status at the moment,” Safer Phuket founder Duncan Stewart told the Phuket Gazette today. “People are more resistant to becoming involved, so pushing forward is very difficult for them.”

Though disappointed, Mr Stewart said that the announcement was well received by Phuket Governor Maitri Inthusut during their meeting last Friday.

“We met with Governor Maitri to discuss the situation and it was unanimously decided that we should not compromise on our goals for the event, so postponement was essential,” he said.

The event had been planned to take place over two days with the objective of establishing a framework within the marine and safety sectors to start a dialog that would establish a platform for Phuket to meet international safety standards.

“There was no point in it if we couldn’t bring everyone together… It was better to have a quality event at the right time than a harmful event at the wrong time,” Mr Stewart said.

Despite the setback, Safer Phuket organizers are certain change in water-safety standards is on the horizon.

The Coastal Waters Safety Summit was just one component in the organization’s overall plan. The other projects, such as establishing an additional 50 lifeguard towers on the island, will continue to move forward, Mr Duncan explained.

“Phuket is a part of the global community through its status as an international holiday destination, and therefore there is considerable support from within the Thai community for Phuket to be seen as an exemplary tourism destination model,” executive Safer Phuket co-ordinator Tarin Tachthongchan said.

“We want to be proactive and lead within Thailand, Asia and beyond. The good news is that we have completed a huge amount of work for the Summit at the PIMEX boat show, so once we have political clarity we can reconvene very quickly,” Mr Tarin said.

In support of these efforts, Safer Phuket organizers continue to ask that the Phuket community participating in any capacity they can, including “making their voice heard” by taking part in a recently launched online petition (story here and petition here).

“We continue to make progress in many areas and we are massively encouraged by the support and response to our innovative projects,” Phuket’s British Honorary Consul and Safer Phuket partner Martin Carpenter said.