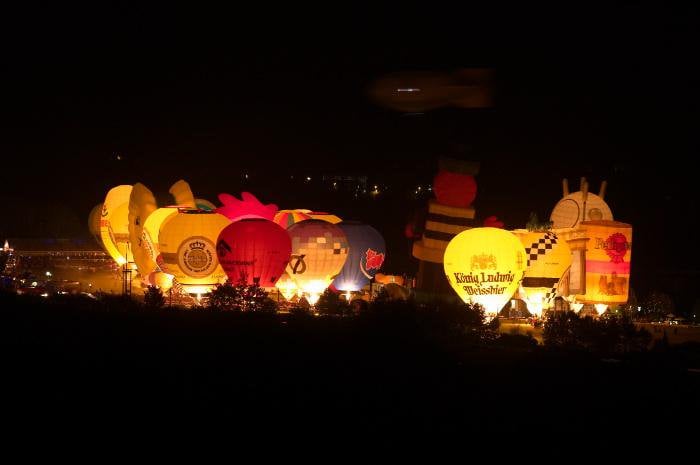 PHUKET: Hot air balloons will be filling the sky above the island during the Songkran holiday this April for the very first ‘Phuket Thailand Balloon Music Festival’.

At least 20 hot air balloons are expected to take part in the national balloon fiesta, to be held April 14-17 at Phuket Paradise Park, near the British International School Phuket (BISP).

Balloon fiestas have recently become a new and popular way of boosting tourism in the country with similar successful events already held in Chiang Mai in recent years.

“The Balloon Music Festival will be held in major cities such as Phuket, Chiang Mai, Khon Kaen and Khao Yai to boost tourism and the economy,” said promoter and organizer Kritpanat Patwarasit, Managing Director of ‘Chor Creative and Organizer Co Ltd’.

Mr Kritpanat met with Phuket Governor Chamroen Tipayapongtada and other local officials to outline initial plans for the event on Wednesday.

One of the event’s highlights will be a colorful ‘night glow’ light and sound spectacle, during which the balloons fire their burners as accompaniment to music.

Visitors will be able to take rides in the balloons on tethered flights, as well as on free-flying sightseeing tours, weather permitting.

Organizers hope to attract about 30,000 visitors over the four-day event.

Entry fees will be 200 baht each for adults and 100 baht for students. There is no charge for children 11 years old or younger.

Governor Chamroen emphasized that safety must be a top priority for participants and visitors with proper car parking and public amenities, including clearly marked routes and first aid facilities.