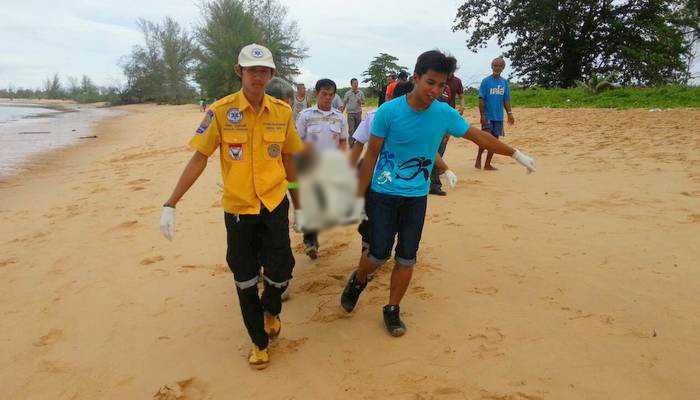 PHUKET: The naked body of a man with his feet and hands bound was found washed up on a Phuket beach on Saturday morning.

“We received a call at about 8am from a local villager, saying that the body of a man had been washed up on Tah Nun Beach, about half a kilometer from the Sarasin Bridge,” Capt Terdsak Kaewmanee of Khok Kloy Police told the Phuket Gazette.

“The body was that of a dark-skinned Asian man, estimated to be about 30 years old. He had suffered head trauma and there were five stab wounds to his chest. His hands and feet were also tied up with a nylon rope,” said Capt Terdsak.

“Judging from the condition of the body, we believe he had probably been dead for about 24 hours. We questioned local fishermen nearby, but nobody knew who he was.”

Capt Terdsak said the police investigation would first focus on identifying the man.

“We have no idea who he is or why he was murdered. It could be a revenge killing or because of a business dispute. He may even be a Myanmar national smuggled into the country.”

The body was transferred to Takua Thung Hospital, where it will undergo a post-mortem examination.

“We will continue our investigation into this crime and release information as and when it becomes available,” Capt Terdsak said.