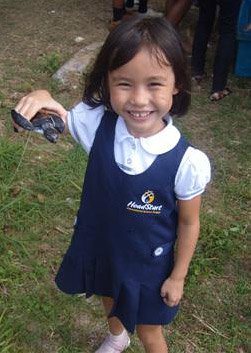 PHUKET: The annual Songkran festival, to be celebrated nationally April 13-15, will again see turtles to the fore at Phuket’s beaches. Releases of hundreds of hatchlings of the endangered species will take place at selected beaches. While Patong and Karon beaches are the focal points for the chaotic water throwing, thousands of people interested in a more pastoral experience will flock to the quieter beaches, such as Nai Yang and Mai Khao, to see the hatchlings scrambling for the sea.

Today online
Five small bombs planted by suspected insurgents exploded yesterday outside state run banks and ATMs in Thailand’s southern Narathiwat province, wounding two people. The authorities defused an additional three bombs, in similar strategic locations. The bombs were remotely controlled by mobile phones or digital watches and went off before the banks opened for the day. Initial investigations indicated the attacks were in response to recent attempts to curb violence in the south and not related to the four blasts outside banks in Bangkok last week. The southern insurgents have made no public pronouncements but are thought to be fighting for an independent Muslim state. They frequently stage attacks at government-run offices and businesses.

Although a southern province, Phuket is at least 200 kilometers from the nearest hot spot and has never been drawn into the srtife.

The Nation
PM Abhisit Vejjajiva yesterday denied that his government had a blacklist of 212 people for surveillance, suggesting that the opposition Pheu Thai Party was trying to attract publicity. Pheu Thai MP Surapong Towichakchaikul said the suspicious on-goings reportedly surrounding some of his fellow MPs, including stalking and photographing, are serious violations of human rights. Meanwhile, Democrat Party MP Pramual Aimpea expressed concern for the rallies planned by the red shirts and suggested bail of those arrested in connection with the uprising should be canceled. Payap Panket, a red-shirt leader, simultaneously called a meeting of red-shirt leaders from eight provinces to organize a rally next Monday to mobilize the masses to join a huge protest in Bangkok.

Thai Visa
Thai Customs Department officials seized more than 800 pieces of rare and protected corals, sea anemones, giant clams, cowries and sea fans smuggled from Indonesia, worth about 2 million baht and weighing 300kg, a senior official of the Customs Department said yesterday. The items were found during a search at a Thai Airways International warehouse. Siriporn Umphu, from Kalasin province, imported the items, giving a false declaration that they were ornamental fish. She will report to police on charges of importing forbidden items into the Kingdom without permission and violating the 1992 Wildlife Preservation and Protection Act. The Customs Department has made arrests in three cases and seized exhibits worth more than 142 million baht since October 2009.

Phuket to benefit from continuation of stimulus package