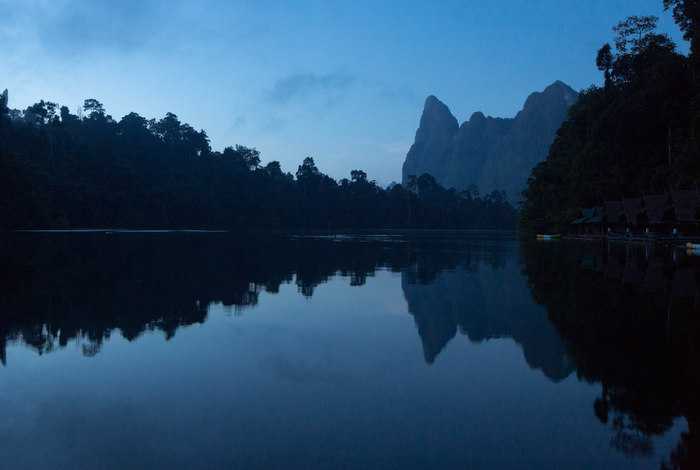 PHUKET: Two experienced Phuket cave divers died after a diving accident on technical rebreathers near the entrance of Tiger Cave in the Chio Lan Reservoir, Surat Thani, on Monday.

“Both bodies were transferred to Vachira Phuket Hospital, with the preliminary cause of death cited as decompression sickness,” said a Surat Thani Hospital staffer who declined to be named.

The Russians were with two other divers, who altogether had rented out a boat and were using their own dive equipment at the time of the accident, a technical diving school manager who knew the divers explained to the Phuket Gazette.

“They were highly certified technical, rebreather and cave divers who had done many cave dives and rebreather dives before. They knew what they were doing,” said the manager, who declined to be named.

However, something went wrong. The group had split into two teams, with two divers exploring the wall to search for a second entrance to the cave, while the Russians planned to use the main entrance of the cave, which sits at about 24 meters below the surface.

“According to a dive computer used by the Russians, [it looks like] one them probably noticed that something was wrong. He most likely than told his buddy that he would have to abort the dive… and probably told the other diver to continue his dive while he sorted out the problem,” the manger said.

“What the problem was, at this stage, we don’t know,” she added, as she has been in close contact with the two surviving divers.

“According to his [Mr Dokuchave’s] dive computer, he was at about 20 meters [depth] when the problem started, so he wasn’t inside the cave yet. He stayed there for about two minutes, probably trying to fix the problem. Then, according the dive computer profile, he shot up to the surface.”

The two other divers found Mr Dokuchave unconscious on the surface with his rebreather mouthpiece out of his mouth. One of them began emergency rescue procedures.

“Before they found him, [Mr Solomatin] must have known something was wrong… so he would have been looking for him after he had finished his own decompression stops and went back down. This would have probably meant he suffered from decompression sickness, but that needs to be confirmed by a coroner,” the manager said.

The other two divers located Mr Solomatin, and, with the help of Thais working on the lake, rushed him to Surat Thani Hospital.

“We visited [Mr Solomatin] at the hospital,” said Surat Thani Vice Governor Witchawut Jinto. “Doctors did their best to save him, but they just couldn’t.”

“This is a sad accident. I am deeply sorry for their families.”

V/Gov Witchawut said that officers would be moving to close the dive sites in the Chio Lan Reservoir to tourists, leaving it open only for scientific efforts.

The reservoir encompassed by Khao Sok National park is well known and well used by the Phuket dive community. It is regularly used for recreational diving, as well as for certifying cave divers, as some of the caves are relatively easy to penetrate – providing excellent opportunities for training.

“Tiger Cave is a more difficult cave. All the divers were full cave certified, so they knew what they were doing and had been there before,” said the manager.

“However, it should be taken into account that the accident did not happen inside the cave, so that wasn’t the problem. This might have been a problem with the rebreather, but we need to be sure about this.”