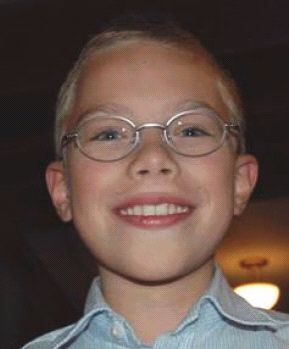 PHUKET: Anguished families have pleaded for any information on two European women and a boy who apparently survived the tsunami and were treated at hospitals for minor wounds, but who have since disappeared.

In addition to Barbara Kuehne, who was apparently treated at Thai Muang Hospital and discharged before disappearing (see earlier story here), an 11-year-old Austrian boy and a 35-year-old woman from Switzerland are also missing.

The boy, David Baumgartner, was holidaying with his family at the Khao Lak Laguna Resort when the tsunami struck. David was injured and received treatment, his parents said, at “… a hospital in the Phang Nga area”.

In a statement to the Gazette, the family said that an unnamed doctor claimed to have recognized the boy, having treated him for facial injuries.

David has distinguishing birthmarks on his chest and neck, is around 140 centimeters tall and weighs around 40 kilograms.

Like Mrs Kuehne, he has very poor eyesight and it is thought he probably lost his spectacles when the wave hit.

The Swiss woman, Rosi Haemmerli, also appears to have been treated for minor injuries at Thai Muang Hospital in Phang Nga Province.

Her family are unsure precisely when she was was discharged but her boyfriend – identified only as Patrick – sustained more serious injuries and was treated at the same hospital.

Family and friends who contacted the Gazette said that Patrick, while being admitted to hospital, was asked to read through a list of missing persons to see whether he was on it. He was and – according to the family – details about him had been entered in the list in handwriting he recognized as Ms Haemmerli’s.

A representative of the family said, “That list, with her handwriting on it, contains all of our hopes of seeing our dear Rosi again”.

Anyone with information on the whereabouts of Ms Haemmerli is asked to contact her family by email at: roebi.haemmerli@spectraweb.ch