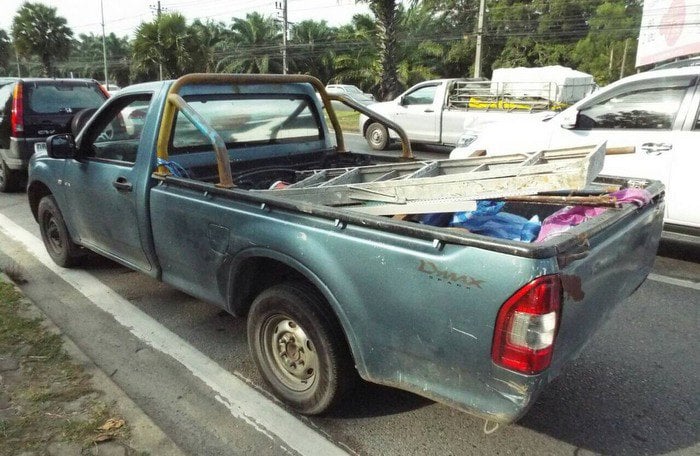 PHUKET: A Myanmar worker died after falling off the rear of a pick-up truck when it was slammed by a sports utility vehicle (SUV) near Baan Jee Teng on Thepkrasattri Road yesterday morning.

“At the scene we found a Myanmar worker named Soe Thue, 25, critically injured on the ground,” Lt Col Sanit Nukong of the Thalang Police told the Phuket Gazette.

A medical team administered cardiopulmonary resuscitation (CPR) before rushing Mr Soe to Vachira Phuket Hospital. However, he was pronounced dead on arrival.

“At the scene, there was an Isuzu pick-up truck and a Toyota Fortuner SUV. The left side of the truck was slightly damaged, as was the front of the SUV,” Col Sanit said.

“The truck was driving in the right lane near the median. The SUV suddenly tried to merge into the lane and hit the left, rear side of the pick-up truck.”

Mr Soe had been sitting on side of the truck bed when it was hit.