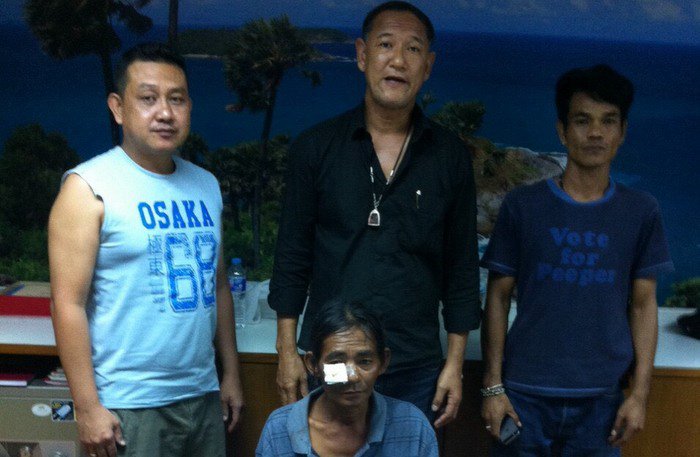 PHUKET: Police arrested a Myanmar national in Phuket Town yesterday for brutally beating a man to death with a metal bar in Chalong.

After being apprehended, Lek, 39, confessed to police that he had become angry with fellow Myanmar national Keng, 35, and beat him to death.

Earlier that day, officers were called out to a home office on Chao Fa East Road where they found the body of Mr Keng.

Police believe that Mr Keng had died at least six hours before his body was discovered.

“According to neighbors, the office is under construction and no one lives there except three Myanmar workers,” said Capt Somkid Onchun of the Wichit Police. “On Tuesday evening, a neighbor heard people arguing, but then it went silent, so they didn’t think anything of it. Mr Keng’s coworkers found him dead the next morning.”

Mr Lek was charged for the death of Mr Keng and was taken to the Wichit Police Station for further questioning.