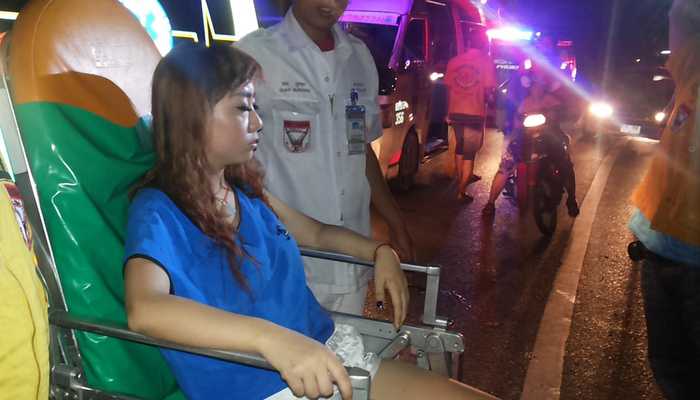 PHUKET: A motorbike driver plowed into a group of five Chinese tourist standing at the Thalang-Bandon intersection in Phuket last night.

Two tourists, Xuxlao Qlano, 32, and Xiaomei Kang, 29, both received minor injuries after the motorbike struck them – three of their companions managed to avoid being hit.

“The 21-year-old driver, Peerapong Soisai, told us that it was very dark at the intersection and that he was trying to avoid a pick-up truck that had crossed into his lane,” Capt Pichai Wattanawalan of the Thalang Police told the Phuket Gazette. “Once the truck passed, he saw the group of tourists and just wasn’t able to stop in time – so he hit them.”