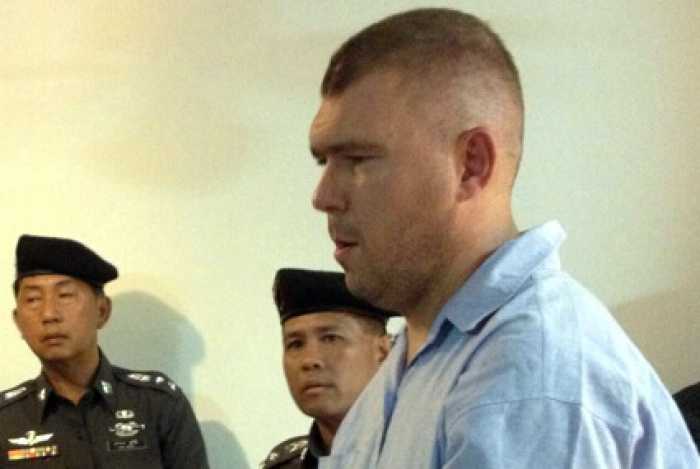 PHUKET: Hungarian-Israeli dual national Moshe David was today sentenced to life in prison for the gruesome murder of Peter Reisz in Phuket in 2012.

The life jail term was handed down by the Phuket Provincial Court early this afternoon.

Mr David earlier confessed that he killed Mr Reisz in a fit of rage after Mr Reisz had allegedly swindled him out of land and properties valued at 15 million baht (Special Report here).

Gyorgy Lajos Kvalka, who denied any role in the killing, but confessed to assisting Mr David with disposing of Mr Reisz’s body and mopping up the blood at the scene of the crime, was also sentenced to life in prison.

Mr David and Mr Kvalka have 30 days to appeal their verdicts and sentences.