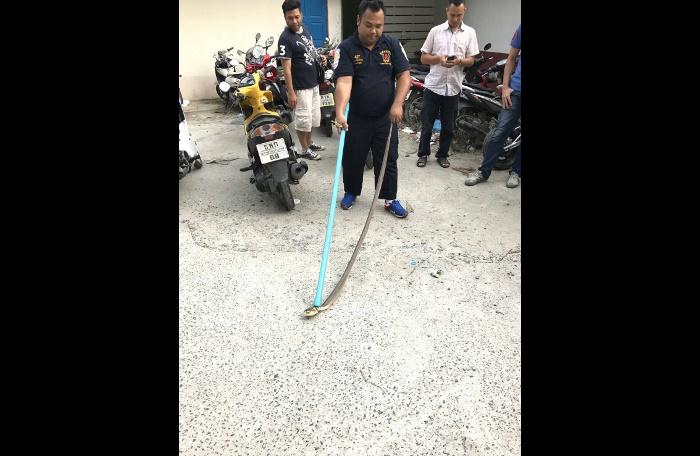 PHUKET: Four snakes, including a king cobra, a cobra and a radiated rat snake, have invaded Patong Police Station three times this week, causing the officers there to panic and send for rescue workers.

“The snakes might have come into the building during the floods, but although the floods are gone, the animals remained hiding inside,” said Patong Police Superintendent Chaiwat Auikam, who has issued orders to renovate the building in order to prevent such incidents from happening again.

The snakes were discovered in a small building next to the main police station, which houses a drug fighting unit, offices and a small cafeteria for officers.

Police have been clearing out their belongings to check for more snakes that might be lurking in dark places.

“This is extremely dangerous, not only for officers, but also for visitors who come into the station. I have ordered that the building to be demolished and renovated, as it is very old and needs repairs. We will feel much safer when that is done. Otherwise, officers will work in constant fear of more snakes,” he added.

Patong’s finest are keeping a close eye on the offending reptiles, but have not yet pressed any charges, pending further investigations.