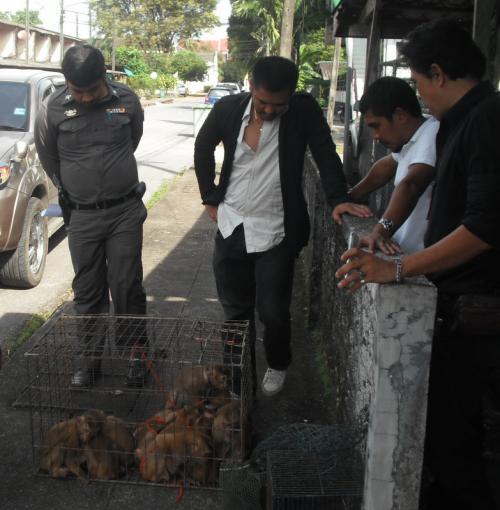 After receiving a tip that beverages made from the leaves of the illegal kratom tree were being brewed in a house in Takuapa, police moved in.

“Not only did officers find three men drinking a kratom beverage, two large vats of the illegal drink and 6kg of kratom leaves, but they also discovered 19 caged macaques,” said a Takuapa police officer.

“Macaques are a protected species,” the officer explained.

Pongsiri Tongdaung, 21; Teerapon Sanga, 22; and Phuthai Supandee, 46, confessed that they sold kratom products to people who lived in the area. The leaves, which come from a tree native to Southeast Asia, were imported from Surat Thani, they said.

Suchon Tongduang, the father of one of the men, admitted that the macaques belonged to him.

“He told us that he sold them in Surat Thani for 1,500 baht each,” the officer said.

Police declined to give details of where the monkeys came from or exactly where they were sold, in the hope of making further arrests.

Be forewarned about 4G in Phuket