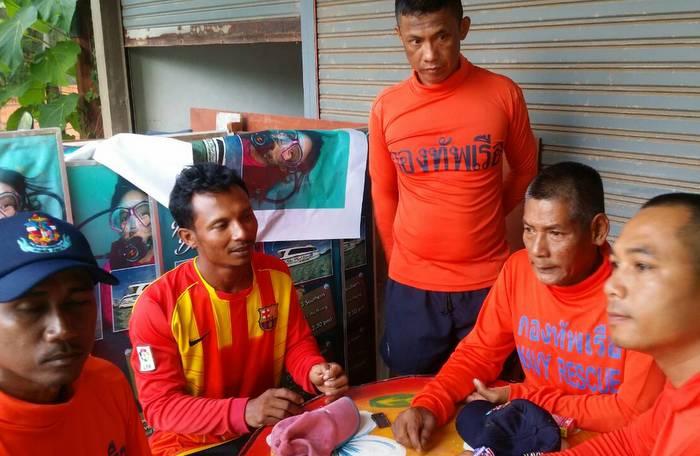 PHUKET: A missing long-tail boat captain was rescued yesterday morning after his boat was struck by large waves and sunk between Koh Ma and Koh Lanta Yai.

“Jamrus Boonchoo, 31, was on his way back to Koh Lanta from Phi Phi on Saturday when his boat was struck by waves. He was reported missing by his family, whom he had called moments before the boat sank,” confirmed Lt Preecha Sophon, head of the Royal Thai Navy Maritime Security in Koh Lanta. “We searched for eight hours, eventually calling off the search at about 1am on Sunday.”

Navy officers were later informed that Mr Jamrus had been rescued by a fishing vessel named Por Taweechai and taken to Koh Lanta.

“I am so thankful for all of the search and rescue efforts, and especially to the crew of Por Taweechai for saving my life,” said Mr Jamrus.

Mr Jamrus was admitted and released from Koh Lanta Hospital without any reported injuries.