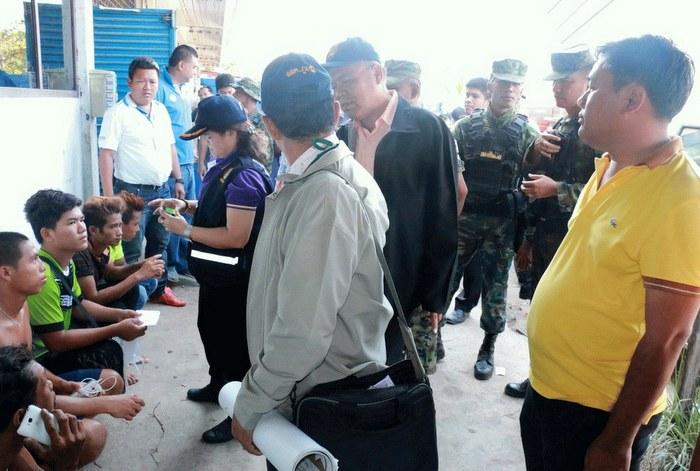 PHUKET: The deadline for illegal migrant workers to register in Phuket has been extended until the end of August, officials confirmed yesterday.

According to the original schedule, the registration was to have finished by the end of July (story here).

Launched in April, the registration campaign is part of a nationwide push to legalize unregistered migrants from Myanmar, Cambodia and Laos, primarily those working in Thailand’s construction and fisheries industries.

“Due to the high number of migrant laborers, the Department of Employment has issued a letter to Phuket Governor Chamroen Tipayapongtada asking him to extend the period,” said Phuket Provincial Public Relations Chief Busaya Jaipiam in a Facebook announcement today.

The request to extend the deadline comes after a list alleging widespread corruption in law enforcement offices throughout Phuket, including the extortion of both the employers of migrant labor (when taking their workers’ documents to be registered) and the laborers themselves. The list surfaced last week (story here).

“Migrant laborers still have one more chance to legalize their standing at the one-stop service at Community Hall in Phuket Town,” Ms Busaya added.

Governor Chamroen has of course “strongly condemned” the abuse of migrant workers.

Chinese tourist run over, killed, in front of wife and kids