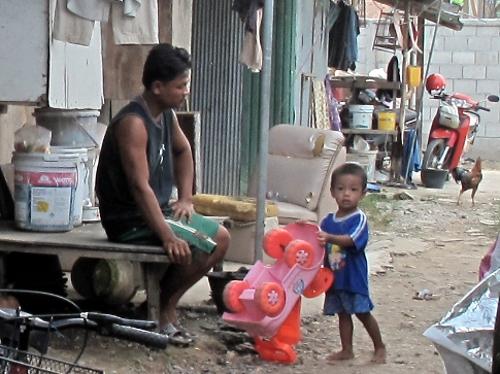 The news follows the Cabinet, headed by Prime Minister Yingluck Shinawatra, not discussing the issue of whether or not to officially extend the deadline for migrant workers to complete the nationality verification process at the regular Cabinet meeting in Bangkok yesterday.

However, other more pressing issues took precedence. As the issue was not discussed, and a resolution not passed, the question of whether or not migrant workers will face mass deportations remains in limbo, explained PPEO Chief Yawapa.

“The issue of migrant workers has been postponed and is set to be considered at the Cabinet meeting next Tuesday, January 15,” she said.

As reported earlier, the news to offer migrant workers a temporary reprieve from forced relocation to their homelands came just before the new year, when Deputy Labor Minister Anusorn Kraiwatnusorn told the press that Deputy Prime Minister Chalerm Yoobamrung, chair of the migrant-worker management committee, agreed with the ministry’s proposal to relax measures for the more than 260,000 migrant workers in Thailand and grant them extra time to apply for work permits.

Had the policy not been relaxed, human rights agencies believe the mass deportations would have affected up to a million migrant workers living in Thailand.

“We are still accepting work permit applications as usual until we receive a new order concerning the issue,” Ms Yawapa confirmed.

Live Wire – Help! my email is not sending