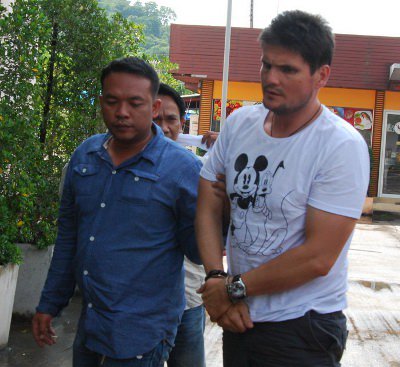 PHUKET: Phuket City Police have released the names of two suspects arrested in connection with the theft of 30 million baht of jewelry, diamonds and other gems from a parked car in Phuket yesterday morning.

Also present at the police station was Thongsak Chintakanroek, the man whose jewelry and precious stones they allegedly stole.

The two suspects were arrested in Trang province last night after being stopped by Highway Police, who searched the car they were travelling in.

Officers found the missing loot hidden in two separate bags inside the car.

They are currently being held in custody at Phuket City Police Station.

No drugs, no phones, Phuket Prison to gain ‘White’ status