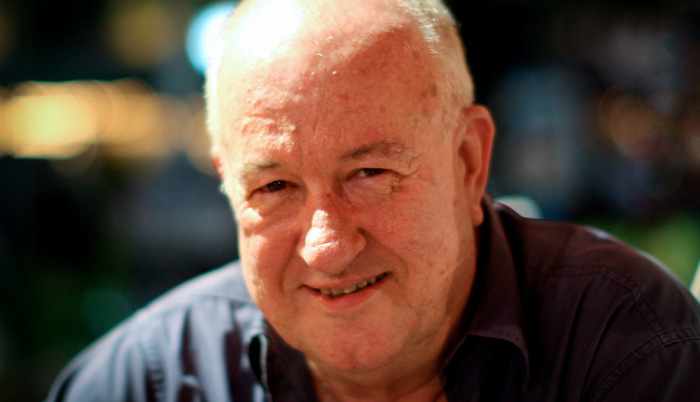 PHUKET: Long-term Phuket expat Graham Doven, who passed away in Bangkok earlier this week (story here), will be honored with a ceremony on June 15 to scatter his ashes in Phang Nga Bay.

The ceremony on the bay, where floating wreaths will be laid upon the water, will be followed by a memorial lunch at BB’s Restaurant at Tinlay Place in Cherng Talay starting at 2pm.

“All are welcome. This is a farewell wake for our dear friend Graham, a celebration of all the wonderful days and eves that we have spent enjoying his wry humor,” said close friend Henry Kaye.

“Michael Beattie, one of Graham’s closest friends, is flying in from Brisbane, Australia, to join the ceremony.

“If mates would like to crack a few jokes or sing a ballad, this will be encouraged.”

Friends of Mr Doven are compiling a memorial of anecdotes, messages and photos to be sent to Graham’s daughter, Christie, and his brothers Robert and Tim. Contributions are welcome, and can be sent to Stjohn@me.com.

Services for Mr Doven will be held at Wat Thipphawas in Bangkok this weekend.

The temple, located at Soi 53, Chalong Krung, Lampathew, in the Latkrabang district, is 10km from Suvarnabhumi Airport.

Prayers will be held at the temple starting at 7pm on Saturday, followed by prayers at midday on Sunday. The final prayers will begin at 2pm Sunday and the cremation ceremony will be at 4:08pm.

Graham succumbed to a long illness at Mission Hospital in Bangkok on Tuesday.

He had a long and celebrated career in event organizing, marketing and promotion in Australia before moving to Phuket, where he became one of the key figures who helped forge Phuket into the international property destination it is today.

In a message to dear friends on Tuesday, Mr Kaye wrote:

Moved into the puffy white clouds over Phang Nga Bay this afternoon at 16:08 hrs.

He was lovingly cared for in the last two weeks in the intensive care ward in Bangkok by excellent doctors and nurses.

In addition to the countless mates called in, Mareeya and Anna bore the brunt of the companionship and were at his side for countless hours.

We shall all raise a glass or three this eve to a most kind and endearing character.