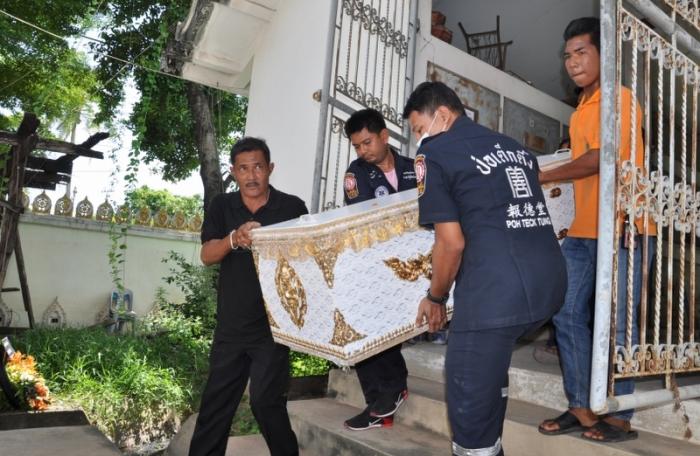 PHUKET: Forensic teams from medical schools have joined the investigation into the mysterious death of a former land department official – a major suspect in an illegal land-title registration case – while in police custody.

Justice Minister General Paiboon Koomchaya said yesterday that to ensure transparency in the case, forensic teams from Chulalongkorn University, Ramathibodi Medical School, and Siriraj Medical School would participate in the probe along with the Department of Special Investigation (DSI), which would appear to be investigating itself.

Speculation has surrounded the death of Tawatchai Anukul who was reported to have committed suicide by hanging himself in a DSI cell on Tuesday. An autopsy result at the Police General Hospital, however, indicated that a ruptured liver, internal hemorrhaging and suffocation were the causes of his death.

Gen Paiboon said that he wanted the investigation to be clear and open, and added that he had invited the academic teams to be involved in order to quell widespread public doubts.

“Currently, three guards who were on duty during the incident have already been questioned by using a polygraph. The suspect’s family was not invited to witness the investigation, so I suggested to the DSI that next time the family should be a part of the process, so they can observe and acknowledge the authorities’ procedures,” Gen Paiboon said.

Gen Paiboon said that no other person has yet been implicated in Mr Tawatchai’s death, and added that if it can be verified that the DSI was involved in his death, the agency would be punished by law.

“I guarantee that Mr Tawatchai’s family can monitor every process of the investigation to ensure transparency and we have his family’s cooperation in sending his body to the morgue at Thammasat Rangsit Hospital,” Mr Charnchao said.

DSI Chief Col Paisit Wongmuang also insists that the DSI will not interfere in the investigation.

Mr Tawatchai’s brother, Chainarong Anukul, said that regardless of the outcome of the probe, he still wants to know why DSI officials only showed him CCTV footage of the hallway in the detention area – and not inside the detention room itself.

Col Paisit said that all surveillance cameras were operating at the time of the incident and denied speculation that any footage was missing. He also said the CCTV records were available for inspection by any related agency or individual.

The commander of the 2nd Metropolitan Police Division, Maj Gen Charoen Srisaluk, said the division has set up a truth-finding committee headed by Col Komsak Sumangkaset. As it is considered a sensitive case, the attorneys will also join the investigation.

“We have already questioned all the guards who were on duty that day, but as of now this case is still not a criminal case. We have to wait for the official autopsy result first,” Gen Charoen said.