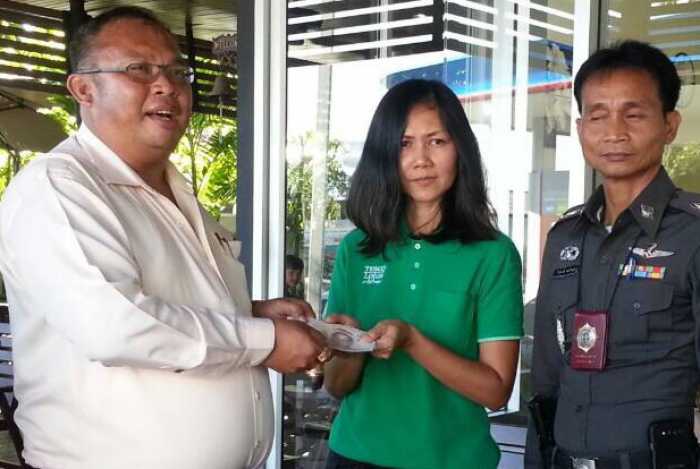 PHUKET: A 10,000-baht reward was handed over to an honest Tesco Lotus employee after she returned a cash-stuffed wallet to a Phuket mayor who had left it behind.

“I was helping a Burmese person translate the language on the ATM outside the Cafe Amazon at the PTT gas station in Chalong when I noticed the wallet,” explained Sorada Toiparn, 47.

“There was no contact information inside and I didn’t recognize the name, so I held onto it for about an hour, waiting for the owner to return. Eventually, I handed it over to my manager.”

The next morning, Chalong Mayor Samran Jindapol returned to look for his wallet – everything was still there, including credit cards and 70,000 baht cash.

“The gas station staff told me that a Tesco bakery employee had found it and returned it. I was so happy to know that good people still exist in our society,” Mayor Samran said.

Mayor Samran tracked down Ms Sorada and gave her a 10,000-baht reward.

Scores of human trafficking victims rounded up north of Phuket