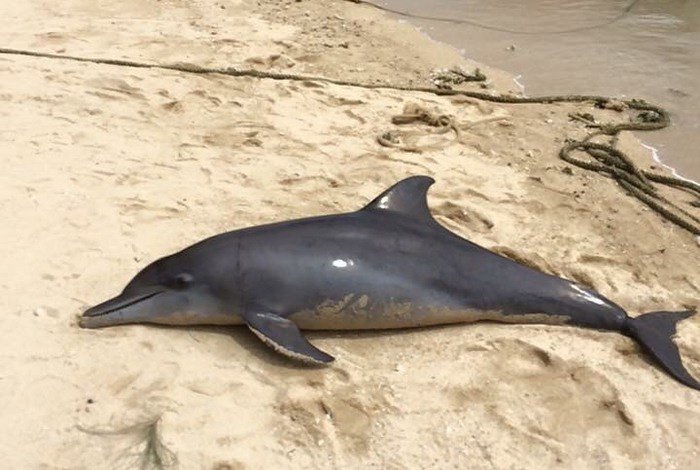 PHUKET: Officials believe that a dolphin found dead near Koh Bon, just off Rawai Beach, was killed by a fishing net today.

“From a quick inspection, I could see marks on its head and upper body that looked like they were made by a fishing net,” said Rawai Mayor Aroon Solos.

The dolphin was taken to the Phuket Marine Biological Center to confirm the cause of death.

Hundreds line up for Bike for Dad registration