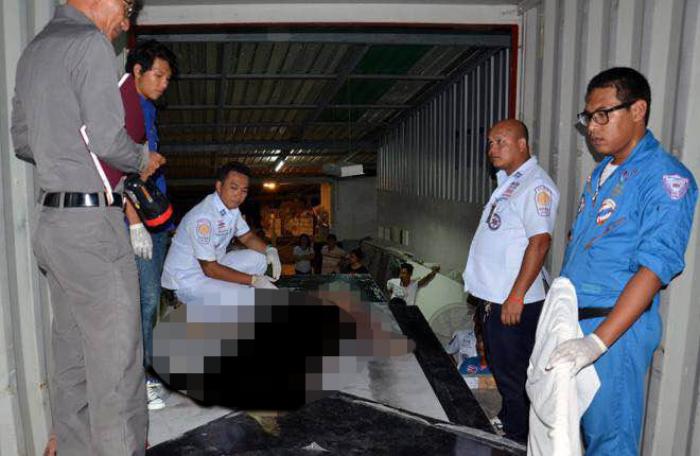 PHUKET: One Myanmar national was killed and another seriously injured last night after an enormous slab of granite that they were delivering fell on them.

Mong Mia, 23, was part of a four-man crew unloading the slabs in a warehouse in Kathu, when they lost control of a piece they were carrying, estimated to weigh between 300 to 500 kilograms.

“Warehouse workers attempted to lift the granite off of the two men. However, it was too heavy and they had to break it apart instead,” said Lt Col Ampolwat Saengrueng of the Thung Thong Police.

“The two men were taken to Patong Hospital where Mr Mong was pronounced dead and the other crew member remains in the Intensive Care Unit.”

Police will investigate further once the injured man, who officers have yet to name, has recovered and can be questioned.