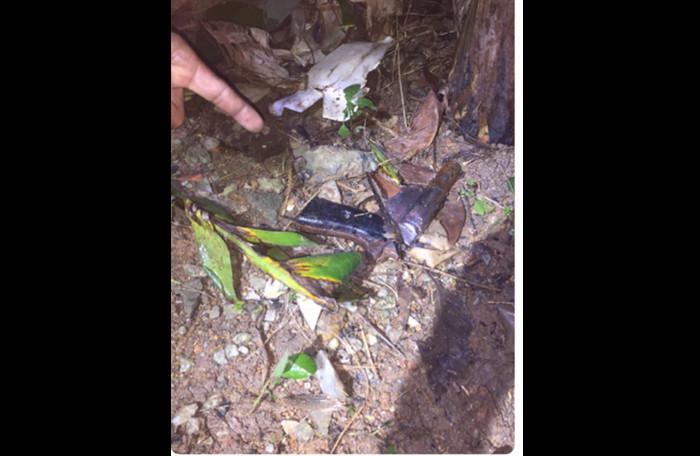 PHUKET: Police have arrested the wife of a van driver and three accomplices for allegedly arranging to have the driver killed in a drive-by shooting outside his house in Kathu.

The victim, Chamnong Kaewprot, was shot in the back by a masked gunman as he entered his home after parking his van outside the house around 11pm on October 8. He died later that night after being taken to hospital by his wife (story here).

Investigations led police to believe the wife was instrumental in setting up the crime after it was revealed that the victim had several girlfriends.

Kathu Police Lt Col Ampolwat Sangruang said yesterday that the victim’s wife, Paiboon Kaewprot, was arrested on Thursday (October 20) along with three others – two men and a woman – after investigations turned up CCTV footage that identified the suspects as well as the home-made gun used in the shooting, and clothes worn by the suspects at the time of the crime.

“It appears that Mrs Paiboon hired a man, identified as Wittayanon Churat, who conspired with two of his relatives to murder Mr Chamnong. We believe the wife had a personal vendetta against her husband and arranged to have him murdered – although she denies doing so. Only Mr Wittayanon has confessed to the crime. His two relatives deny any involvement,” said Col Ampolwat.

The four are to go on trial for conspiracy to murder.

Laguna Phuket Triathlon to go ahead as planned