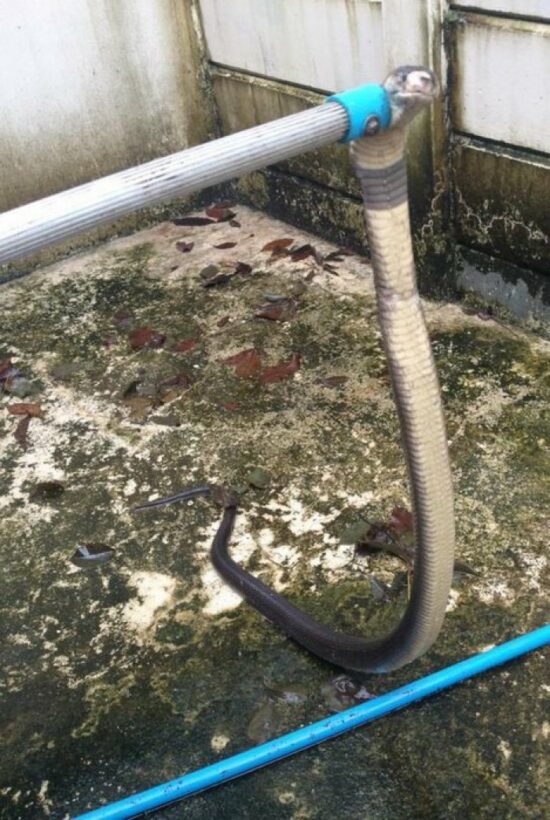 PHUKET: A woman found herself face to face with a man-sized cobra when she went to hang up laundry at her house in Phuket Wednesday afternoon.

“She called us for help,” said Kusoldharm Foundation rescue worker Sakun Naepnean. “It was a big cobra, maybe with the girth of an adult’s wrist and weighing three kilograms. However, we were able to efficiently bag it.”

The snake was later released at the Khao Phra Thaeo Wildlife Sanctuary in Thalang.

“I would like everyone to be careful when it comes to snakes in Phuket, especially if you live in a house near jungle or unkempt properties,” Mr Sakun said. “Make sure you close windows and doors properly before leaving your house. Also, never leave your children alone, as dangerous animals, such as cobras, are common in the wild here.”