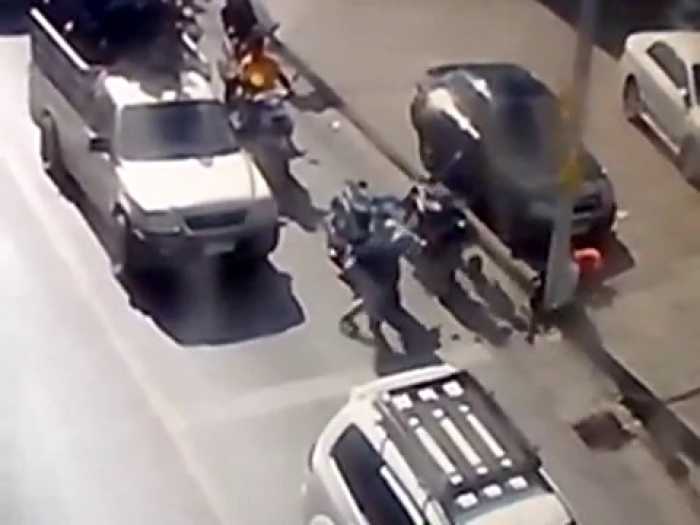 PHUKET: A man was shot dead in cold blood this morning in full view of his son, during busy morning traffic.

Police said Chaliaw Piyapanikul, 47, who was with his 11-year-old son, had dismounted from his motorbike at the Wor Kor Intersection, near Phuket Rajabhat University, when the killer struck.

Mr Chaliaw’s son told police that his father got off his motorbike near the intersection and spoke briefly to a man parked next to him.

“As they were walking towards each other, the man pulled a gun from the bag he was carrying and shot Mr Chaliaw three times,” Phuket Provincial Police Deputy Commander Peerayuth Karajedee told the Phuket Gazette.

The incident was caught on CCTV, showing the shooter casually getting back on his bike and riding away after shooting Mr Chaliaw.

The father and son were on their way to the Phuket bus station on Thepkrasattri Road.

“Our investigation is ongoing. More information of this terrible crime will be released once we have gathered further evidence,” said Col Peerayuth.

Tourist run over by jet-ski jeep on Phuket beach