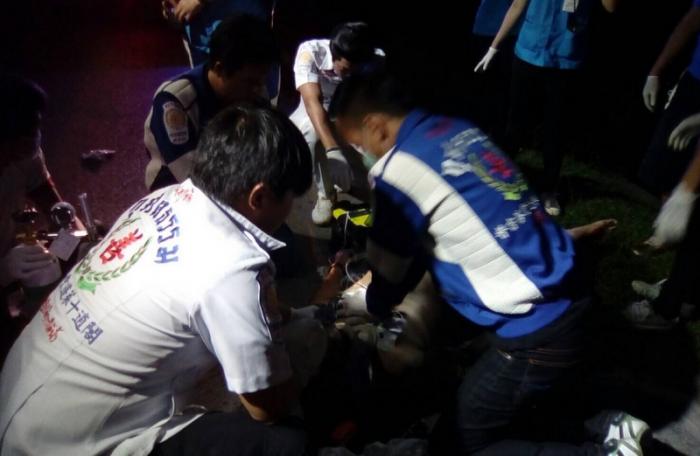 Kathu Police officers and rescue workers arrived at the scene about 10:30pm to find the body of the victim, named Teerayut KittiKhun, lying on the road with his bike thrown to the side.

“Rescue workers administered CPR [cardiopulmonary resuscitation], but he had no pulse and could not be revived,” said Capt Watthanathorn Bamrungthin of Kathu Police.

No helmet was found at the scene. The victim’s body was taken to Vachira Phuket Hospital to determine the cause of death.

“The road near the dam is very dark, especially at night. It is possible that he slipped while making a turn. However, we are investigating further to determine the exact cause of the accident,” Capt Watthanathorn added.