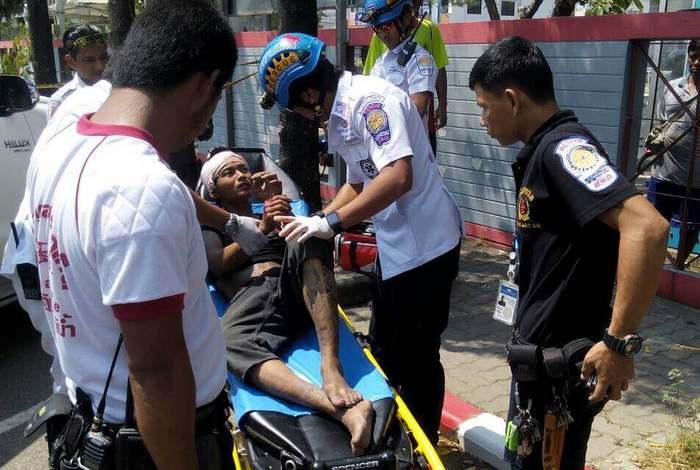 PHUKET: A Myanmar national was beaten to the ground inside a Phuket school after having discharged a firearm in a shellfish dispute at a nearby local market today.

“Mr Suriyan allegedly attempted to shoot Mr Somjai after he refused to buy a sack of cockles from him and a friend. However, he missed, so both men fled the market,” said Maj Rattaket Manmuang of the Phuket City Police. “Local vendors chased them, eventually cornering Mr Suriyan on Muang Phuket Municipal School grounds, where they assaulted him.”

Police are hunting for the second suspect in the attempted shooting. However, Mr Suriyan has refused to cooperate with officers and has not revealed the name of his friend.

“Nonetheless, he did confess that his friend had stolen the bag of cockles from another merchant at the market,” said Maj Rattaket.

Mr Suriyan was charged for the attempted shooting, but has yet to be charged for theft, as no vendors have filed theft charges against him, confirmed Maj Rattaket.