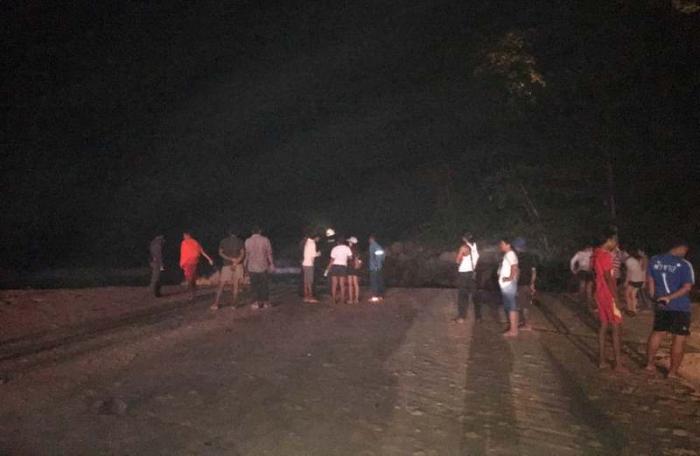 PHUKET: A search and rescue operation is underway to locate a man dragged out to sea at Nai Thon Beach last night. He was reportedly pulled out by a wave while walking along the beach and dragged away by the strong currents.

“Wichit Sophon, 30, was reported missing by his girlfriend Sompong Noinak, 30, at about 8pm. Ms Sompong was at the scene, along with a mutual friend Athid Sensuk, 24,” said Lt Yuthana Chitcholatarn of the Tah Chat Chai Police.

The three friends were sitting by the beach about 5pm yesterday, when the two men reportedly went for a walk along the beach, leaving Ms Sompong by the shore.

“Mr Athid soon ran back to shore with injuries on his hand and face. As he is mute, he communicated with Ms Sompong using sign language to say that Mr Wichit had been taken by the waves,” Lt Yuthana said.

“When we questioned Mr Athid in sign language, he told us that a strong wave washed them away. He said he held on to a rock with one hand and grabbed Mr Wichit’s hand with the other.”

Unfortunately, another strong wave hit Mr Athid, making him lose his grip on his friend’s hand. He managed to pull himself out of the water and run back to shore to tell Ms Sompong.

Mr Athid was later taken to Thalang Hospital for treatment.

“As the waves were very strong last night, we could not go out and search for the missing man. Rescue workers are already at the scene today, waiting for the waves to calm down so they can begin their search,” Lt Yuthana said.