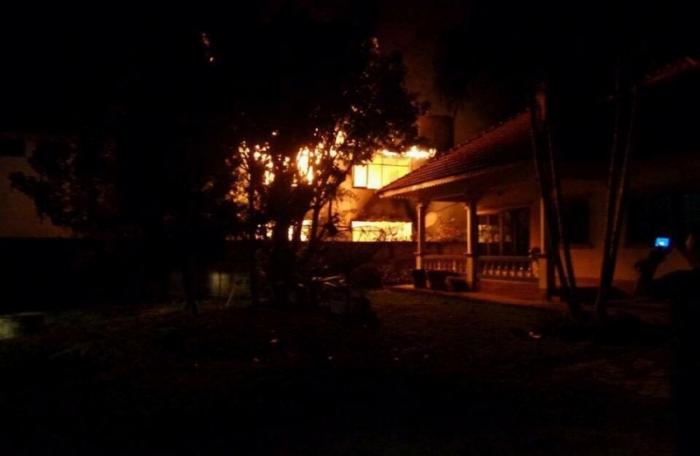 CHIANG RAI: A schoolgirl boarding-house in Chiang Rai burned down late last night, killing 17 girls between the ages of five and 12. Five others were injured and two were still unaccounted for, police said.

The fire broke out at the facility of the Pithakkiart Witthaya School in Wiengpapao district at 11pm, police said.

After the blaze started, officials could only evacuate a few of the girls while the rest were trapped inside. It was reported that most of the victims were burned beyond recognition.

Scientific Crime Detection Division officials were dispatched this morning to investigate the cause of the fire. The victims’ bodies were sent to a hospital for victim identification.

There were 38 girls staying at the house, most of whom were hilltribe girls from Chiang Rai and Chiang Mai. The Wiengpapao district office provided a shelter and basic necessities for the survivors.

The private school is run by the Patthakit Suksan Foundation and the school manager is Rewat Wassana.