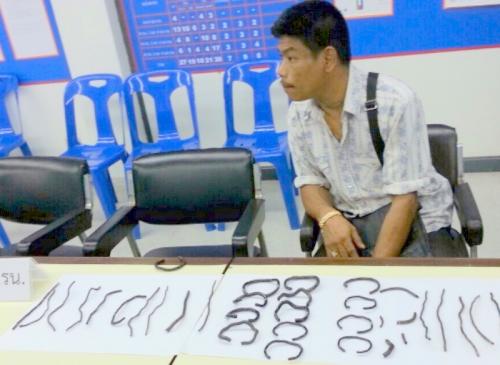 Officers moved in and arrested Suphachok Worramatamart, 37, after they received a tip-off that dead specimens of coral were being sold at the market.

“We found 13 bracelets made from dead corals and 27 other pieces of dead coral in the shop,” Col Prasert said.

“We asked the shop owner, Mr Suphachok, to show us his license for possessing the corals, but he could not present it to us,” he said.

Mr Suphachok was charged with illegal possession of a wildlife item protected under the Wildlife Preservation and Protection Act BE 2535 (1992).

Officers seized the 40 items of coral and took Mr Suphachok to Phuket City Police Station to process the charges against him and to continue their investigation.