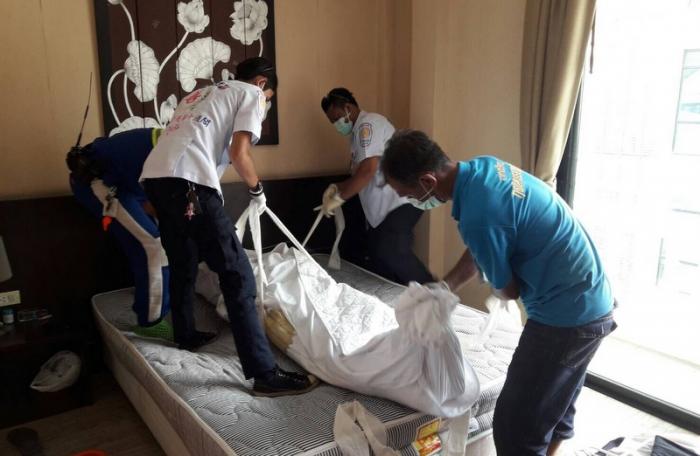 PHUKET: Police are investigating the death of a Malaysian tourist whose body was found in a Patong hotel room yesterday afternoon. Officials believe over-consumption of alcohol may have been a contributing factor in his death.

“Lee Tzu Yuen, 38, was staying at the ‘White Patong’ guesthouse in Soi San Sabai. We found him naked and lying face up on the bed,” said Lt Col Jongserm Preecha of Patong Police.

“There was no sign of struggle or ransacking,” added the policeman.

According to hotel staff, Mr Yuen was very fond of Phuket and had been staying here on and off with his wife since February last year.

“The couple had been in and out of Phuket for visa purposes several times. The last time was February 8 this year, after which Mr Yuen returned alone,” said Col Jongserm.

“At about 2pm yesterday, a hotel houskeeper went upstairs to clean the room, but it was locked. She knocked several times, but received no answer. Suspecting something was amiss, she informed management staff, who unlocked the door and found Mr Yuen’s body,” he added.

The corpse was taken to Patong Hospital for further examination, and the Malaysian Embassy has been informed of the incident.

Aussie tourist dead after visit to his Phuket hotel room