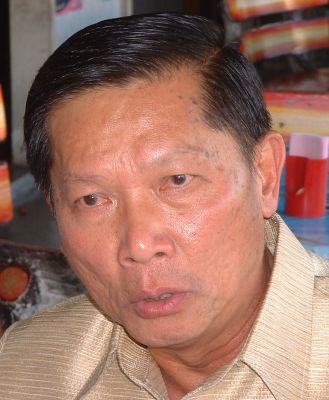 PHUKET: Phuket is one of only two southern provinces in which the newly-formed Mahachon Party will not field a parliamentary candidate in the coming general election, due to be held by February 13.

Chadej Insawang, Secretary of Mahachon and a former governor of Phuket, told the Gazette yesterday that the party had looked into running a candidate in the province, but had failed to find a suitable person.

K. Chadej, in Phuket on private business, confirmed that the party was ready for the election and would be well-represented in the South, where it will field 28 candidates in 54 electoral districts of 12 provinces. Phang Nga is the only other southern province without a Mahachon candidate, he said.

“I am confident that our candidates will win in more than five southern districts, and will do especially well in the three troubled provinces of Yala, Pattani and Narathiwat,” he said.

While not naming the Thai Rak Thai Party directly, K.Chadej admitted that Mahachon faces stiff competition from the ruling party, which he alleged has been using state funds to woo voters – rather than dipping into its own coffers. This contravened electoral law, he said.

“I have told Mahachon candidates to collect any evidence of wrongdoing during campaigning and to inform the OECT, so that any winning candidates who break election rules can be dismissed,” he said.

All Mahachon candidates had been told to follow the rules strictly in order to avert a similar fate, he added.