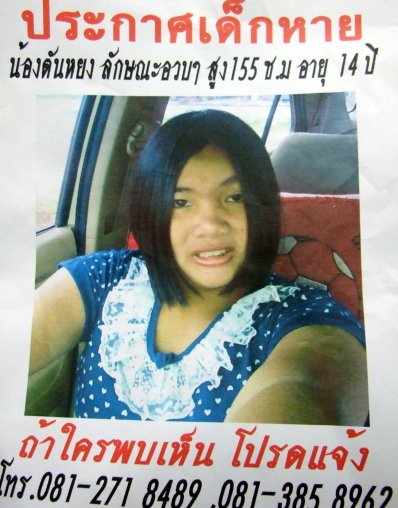 PHUKET: The mother of a girl who went missing from the Chalong Temple Fair grounds in Phuket on Wednesday is asking the public for help in locating her.

Mrs Sapsiri, a resident of Ayudhya, said she arrived with her daughter and relatives on January 29 to operate amusement park rides at the fair, which ended yesterday.

On Wednesday morning she left La-ongda with relatives and went shopping with other family members at Tesco-Lotus.

When she returned, the child had vanished.

La-ongda is described as a large girl with tan complexion. She was last seen wearing a long-sleeved shirt and jeans and carrying a shoulder bag.