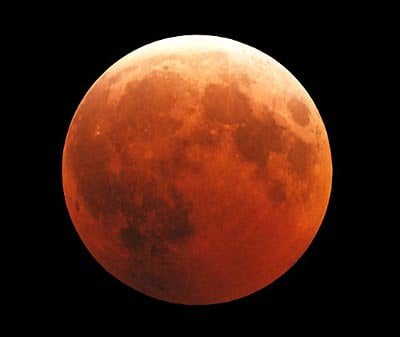 PHUKET: Skies are partly cloudy over Phuket this afternoon, but stargazers should stand a good chance to enjoy tonight’s lunar eclipse – if they dare.

While lunar eclipses are far easier on the eye than their solar counterparts, a famous Thai astrologer is warning people born on Sunday, Monday or Wednesday nights that viewing the celestial phenomenon could bring them bad luck.

For the less superstitious, the 24-hour forecast for Phuket starting at noon today calls for “widely scattered” thundershowers covering 30 per cent of the island until this evening.

However, given the length of the event, over three-and-a-half hours in total, those peering skyward should have some good windows of opportunity.

The partial eclipse begins at 7:45pm. Totality will be achieved by 9:06pm, when the entire Moon is covered by the Earth’s shadow.

The eclipse will reach its zenith at 9:31pm, with the Moon starting to move out of shadow at 9:57pm.

The public is welcome to view the eclipse as part of a special ceremony at Phuket Rajabhat University starting at 6pm.