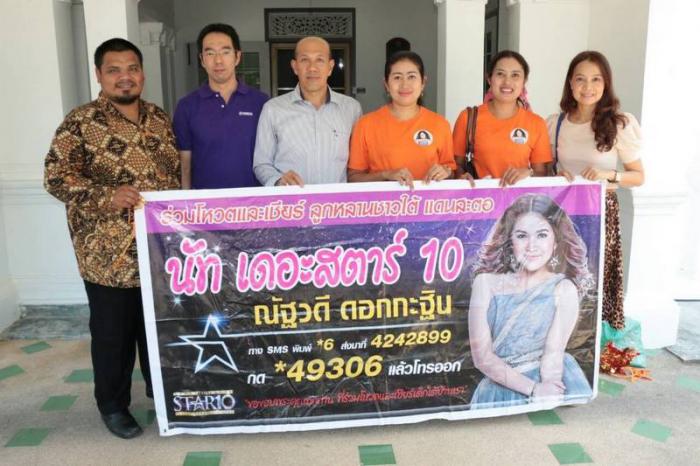 PHUKET: A local Phuket student is battling it out in the last rounds of The Star, a popular Thai singing competition broadcast on nationwide television every weekend.

Phuket Governor Maitri called on fellow Phuket residents to cast their votes in support of Natthawadee “Nong Nut” Dokkrathin, a student from Satree Phuket School, who is one of eight final contestants on the popular TV show.

The governor yesterday met with Pornthip Dokkrathin, Nong Nut’s mother, and Rawai Mayor Arun Soros. The two asked Governor Maitri to encourage people to vote for and cheer on Nong Nut as she faces the final stretch of the competition.

Governor Maitri was happy to oblige.

“It’s very impressive that Nong Nut has made it to the final rounds. She is the only one left in the competition from Phuket, and I would like to urge everyone to vote and cheer her on so we can see her win The Star Season 10,” he said.

Nong Nut is one of many students involved in the nationwide “To Be Number One” anti-drug campaign, noted Gov Maitri.

Phuket murder fugitive “Mick the Pom’ arrested in the Philippines