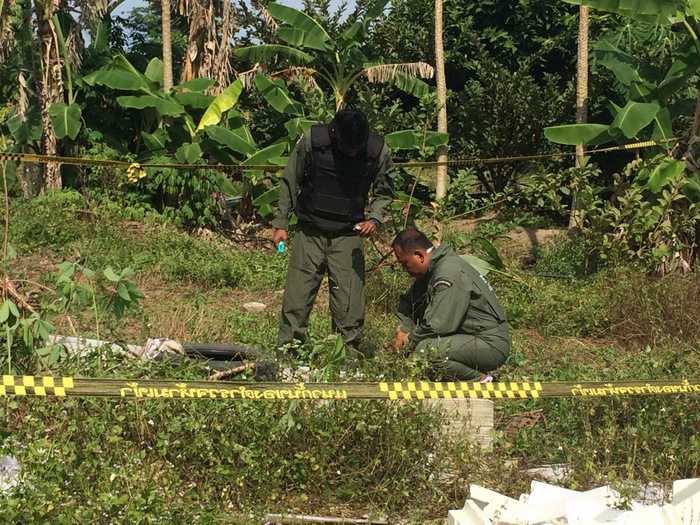 PHUKET: A Burmese trash-burner discovered two live M26 hand grenades at a dump near a Phuket residential area in Rawai this afternoon.

The man, named by police only as Mr A, identified the dangerous weapons of war and immediately informed his employer, who promptly reported the find.

“The two standard M26 grenades still had their pins in place,” Lt Prachpong Keawkamjan, head of the EOD unit, told the Phuket Gazette.

“Luckily, Mr A did not mess around with the weapons once he realized what was in the plastic bag,”

The EOD squad roped off the area in Soi Saiyuan, Rawai, before spending about five minutes recovering the explosives.

“We believe the weapons were hidden by someone who was afraid of being arrested due to the recent crackdown by police on weapons, drugs and illegal items,” Lt Prachpong said. “We’ll leave the rest of the investigation to the Chalong Police.”

In late October, a live M67 hand grenade was found on Panwa Beach. Nobody was injured in the discovery and disposal of that weapon (story here).