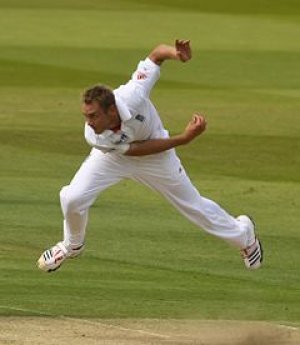 PHUKET: “Low point of the day so far, being called ‘Chris’ by an 8 year-old.”

Stuart Broad, England’s opening strike bowler, having just finished coaching kids at the Urban Cricket Center in Nottingham, was not entirely happy when mistaken for his father by one of the children. Stuart was quick with a retort saying his ‘dad’ was terrible in the field.

Stuart Broad is excited for the upcoming second test match starting today at Trent Bridge. Should England win the series by two clear matches they will become number one test team in the world.