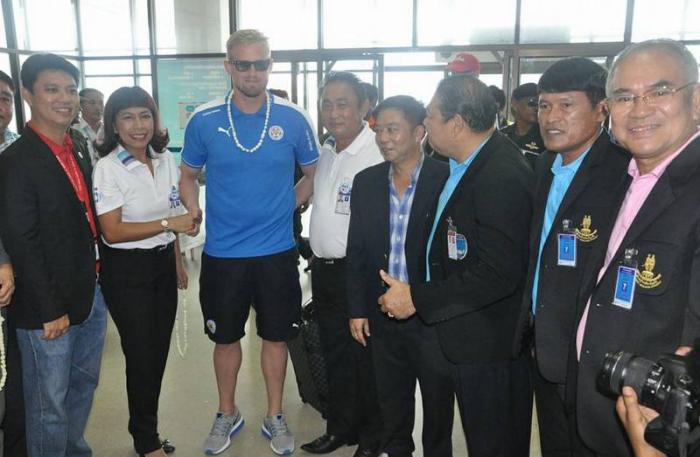 PHUKET: More than 70 players and staff from the English Premier League’s Leicester City Football Club touched down at Phuket Airport yesterday for a three-day stopover before traveling to Myanmar on Sunday.

The team arrived in Phuket on an AirAsia flight from Bangkok’s Don Muang Airport at about 1.35pm and were given a warm welcome by Airport Director Monrudee Gettuphan and a contingent of officials including Santi Pawai, director of the Ministry of Tourism and Sport (MOTS) Phuket Office.