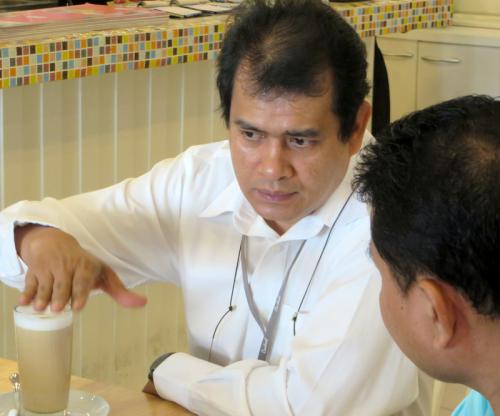 PHUKET: The taxi co-operative serving Central Festival Phuket announced its legality today and is looking to roll out several projects to boost its service quality.

“We ask that they do not threaten passengers or steal their property. They will need to wear uniforms and appropriate shoes,” Mr Preecha said.

Mr Preecha also explained plans to have members upgrade their vehicles to limousines in order to serve high-end customers.

In addition to catering to the luxury market, the co-operative is aiming to provide “lady taxi” services, which will be for women who wish to have female drivers.

“The idea is to have women feel confident in their safety when taking cabs in our queue,” said former Taxi Andaman Phuket president Pom Sukkasem.

Mr Pom was ousted from his presidential position after he and his brother, Sern Sukkasem, were charged by the Department of Special Investigations (DSI) for using physical violence in order to extort money from fellow Central Festival taxi drivers.

Mr Pom was then re-elected as president by the group in September (story here).

In October, the case against Mr Pom and his brother was handed back to the DSI by a Bangkok judge, who demanded more evidence (story here).

The Taxi Andaman Phuket Limited Co-operative has 90 days from the date their registration was issued, January 16, to vote on a new president and committee members. Additionally, they will have to establish their internal rules and regulations, Phuket Provincial Co-operative Office Chief Taywakrit Khemkhaw said.

“We set the meeting concerning elections for January 24, but postponed it because of the protesting. However, I think we will have everything taken care of by the end of February,” said Mr Pom.