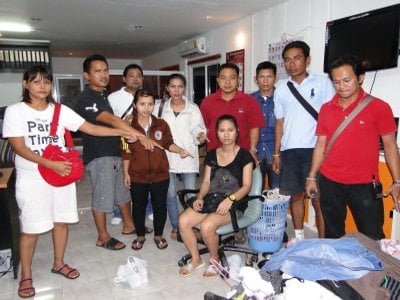 PHUKET: Kathu Police raided a house in Patong early Wednesday morning and arrested a Thai woman who stole clothes from laundry shops and sold them as secondhand garments.

Seized as evidence during the raid were about 300 items of clothing, ranging from underwear to brand-name outfits.

Ms Ruengrin confessed that she went around the island looking for unattended laundry shops. Upon finding one she stole the clothes and sold them at talaad nat (temporary markets) in Thalang.

Her prices were so unbeatable that customers – Thais, foreigners and Burmese workers – didn’t even bother haggling. She made good money from her trade mainly because her overhead costs were low, she said.

Her arrest followed a tip-off from “victims”, said police.

Once she had been identified as the thief, officers tailed her to her home in Patong.

Ms Ruengrin was charged with theft.