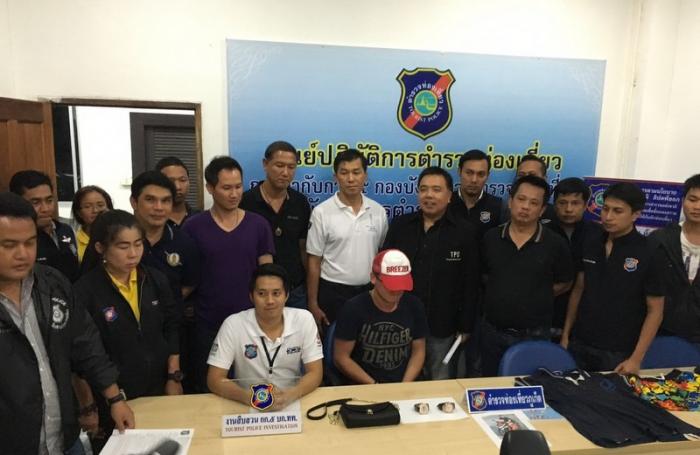 PHUKET: Police arrested a Latvian man yesterday for stealing luxury accessories worth more than 2.5 million baht from a shopping mall in Phuket over the weekend.

Kristaps Kosogovs, 29, was apprehended at his Rawai hotel room after police were able to track him down using CCTV footage, confirmed Tourist Police Chief Urumporn Koondejsumrit.

“When we arrived at his hotel, he was getting ready to check out, so we asked to search his luggage and found all of the stolen items inside,” said Lt Col Urumporn.

Mr Kosogovs was caught in possession of two Piaget watches, worth about 1.2mn and 1.3mn baht respectively, as well as an Aigner handbag worth about 10,500 baht.

Mr Kosogovs confessed to stealing the items from the shopping mall and was charged with theft.

Police declined to reveal the name of the shopping mall.