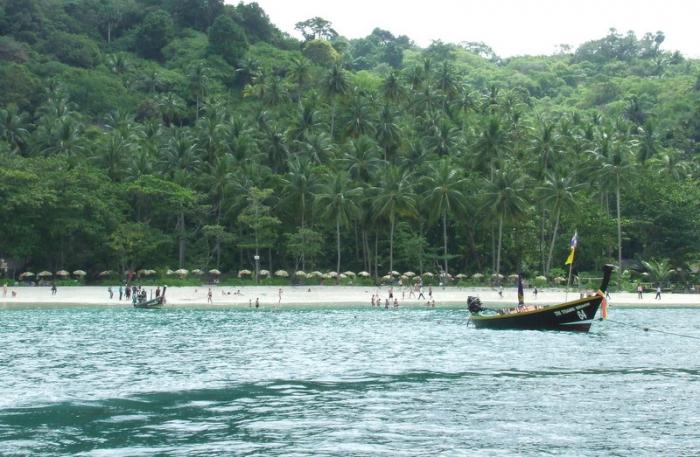 PHUKET: The long-debated four-billion-baht land titles, covering 65 rai of land off Freedom Beach, were officially revoked by the Land Department on May 12, as the two Chanotes were proved to overlap the Khao Narkkerd Preservation Forest.

The Land Department signed off on the order on May 12, and the Royal Forest Department (RFD) officially received the letter on May 24. Officials from the RFD said they are processing the order, before notifying the title holder, who has 15 days to appeal after receiving the letter.

The case first came to light when the RFD’s director-general at the time, Somchai Piensathaporn, informed the Public Sector Anti-Corruption Commission (PACC) of irregularities concerning the land title deeds.

The first application to issue Chanote titles for the land was filed on July 18, 1990 by Panthong Na Ranong. Then, on April 12, 2011, the titles were issued under the name of Eakkachai Sae-Iw.
In July 2011, PACC Secretary-General Amphol Wongsiri stated that his investigation revealed that 200 million baht had been paid to officials for approval and authorization of the land deeds.
At the time, evidence was being collected to transfer the case to the National Anti-Corruption Commission (NACC) in Bangkok.

In 2012, Pheu Thai Party spokesman and then-MP, Prompong Nopparit, paid a visit to the island to review the case. “Everything appears to be in order as far as the documents and title deeds are concerned,” Mr Prompong said at the time. “However, an inspection of the land itself indicates that there is a conflict with several Ministry of Natural Resources and Environment regulations.”

Mr Prompong explained that a site survey had proved that the land marked by the two Chanote titles, numbered 98414 and 98415, was within the boundaries of the Khao Narkkerd Preservation Forest.

“Another issue is that some of the land has a slope of over 35 degrees, designating it as a ‘mountain area.’ The current title deeds do not apply to this type of terrain. In any case, title deeds cannot be issued for land within a protected forest. Any government officers complicit in this case are guilty,” said Mr Prompong.

However, the lawyer defending the private investor in the case, At Srisamut, said that his client, Eakkachai Sae-Iw, had evidence that the land was acquired before the area was declared a national forest and that he could prove purchase of the land through a tax payment receipt – the lowest form of land claim available in the Kingdom.

On August 12, 2014, the RFD sent a letter to the Land Department to examine the two Chanotes. The official letter to revoke the Chanotes was signed just two weeks ago. “The title holders still have the right to appeal this order within 15 days,” said Phuket Land Office Chief Watcharin Jetanavanich. “At this point, we have yet to receive any appeal,” he added.