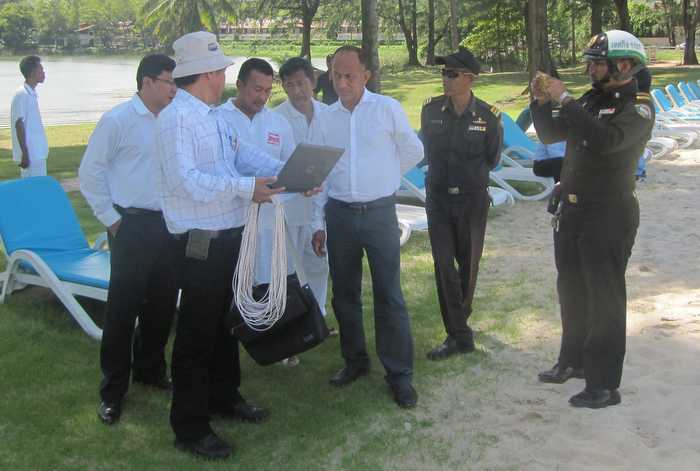 PHUKET: The beachfront land at Bang Tao that was fenced off, before local government officers ordered the fence to be torn down, earlier this week has been ruled to be private property, the Thalang Land Office confirmed to the Phuket Gazette today.

Officers from the Thalang Land Office re-surveyed the area in question and confirmed that the fence had been within the boundaries marked on Chanote land title deed 5916, which belongs to Bangtao Development Co Ltd, a subsidiary of Laguna Resorts & Hotels PLC.

“We are confident of our boundary as we have constantly surveyed and resurveyed our lands for appraisal, project plan and land-use re-evaluation, especially those lands whose boundaries are adjacent to other people’s properties or public land,” said a Laguna Resorts & Hotels representative.

The fence was torn down at the order of Ma-ann Samran, president of the Cherng Talay Tambon Administration Organization (OrBorTor), on September 23, after he saw photos of it posted on Facebook.

Despite Laguna Phuket staff providing Mr Ma-ann and the inspection team the Chanote title for the area, he ordered that the fence be torn down until its legality could be confirmed (story here).