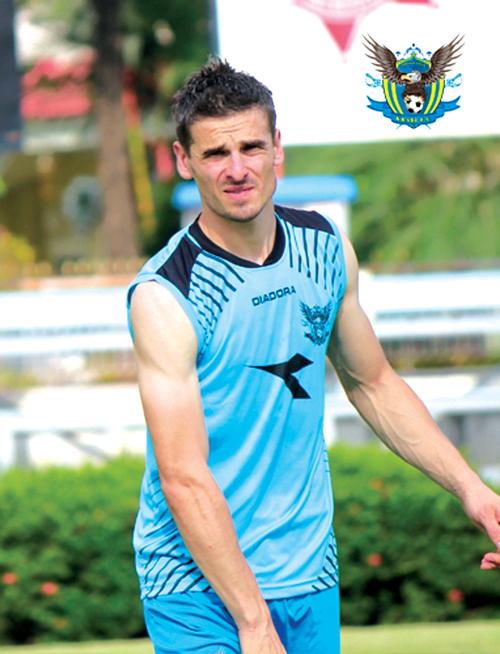 PHUKET: The Islanders aren’t the only Southern Thai club raising the stakes this August – Phuket FC’s neighbors, Krabi FC nicknamed the “Andaman Eagles”, have also undergone a mid-season makeover in hopes of steering clear of the dreaded four-team fate of relegation (click here for details of Phuket FC’s transfer activity) .

Playing in their second season in Thailand’s second tier league, Krabi sit in 11th place of the 18-team division with 21 points, yet are soaring about the clouds after their unexpected 1-0 home victory last week against league leaders, Air Force United.

The club’s recent top-to-bottom changes were sparked by the resignation of Head Coach Swat Khonkaew, which led to the appointment of Paitoon Lerdwimonrat to the role.

Any doubts “Yellow-Blue” fans may of had about their side’s prospects for the rest of the season were soon vanquished with the announcement of seven new signings, several of whom proved key in last week’s win.

Krabi has seven fixtures in August, the next two at home: vs Trat FC today and Rayong United next Sunday (August 11).