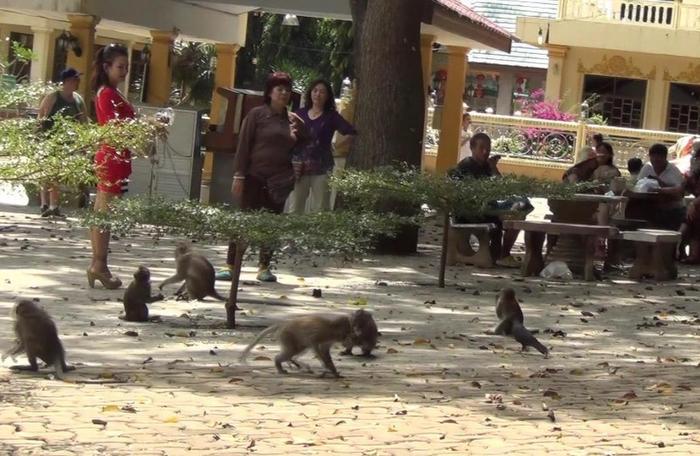 KRABI: Krabi officials are asking the public not to panic after monkeys at popular tourist areas were found to be infected with the dengue-like virus Chikungunya.

“This viruses cannot be directly transmitted from monkeys to humans. It is passed through mosquitoes only, so there is a very low probability that humans will be infected,” said Chief of the Krabi Provincial Public Health Office (PPHO) Paisan Kue-Aroon.

The discovery of the infected primates was made after standard testing was done by the Department of National Parks, Wildlife and Plant Conservation, which routinely tests sample populations to monitor the monkeys’ health.

“We are not surprised by the results,” said Mr Paisan. “Though the Chikungunya virus is rarely found in monkeys, it is not possible for humans to contract it directly from the monkey itself.”

Though the vast majority of the viruses detected in the sample population are only transmittable by mosquitoes, it should be noted that Herpes-B can be transmitted from monkeys to humans through bites, scratches and exposure to mucous membranes. However, since the identification of the virus in 1932, only 31 cases of human contraction have ever been documented.

PPHO officers have yet to find any of the viruses detected in their human population samples.

“Tourists and locals can still visit Krabi tourist destinations as usual,” urged Mr Paisan. “However, we do not recommend getting too close to the monkeys, as there are many more diseases and viruses that they can spread.”

The PPHO and Krabi Municipality have been doing their best to fight against mosquito borne viruses.

“We have been urging both locals and authorities to help destroy mosquito breeding grounds, such as mucky trash areas and puddles,” Mr Paisan said. “The best thing you can do to protect against mosquitoes is to clean your home and use sprays and repellents if necessary. Also use a mosquito net if you sleep with the windows open.”

A Decade Ago: Coral reefs and tidal waves of wastewater