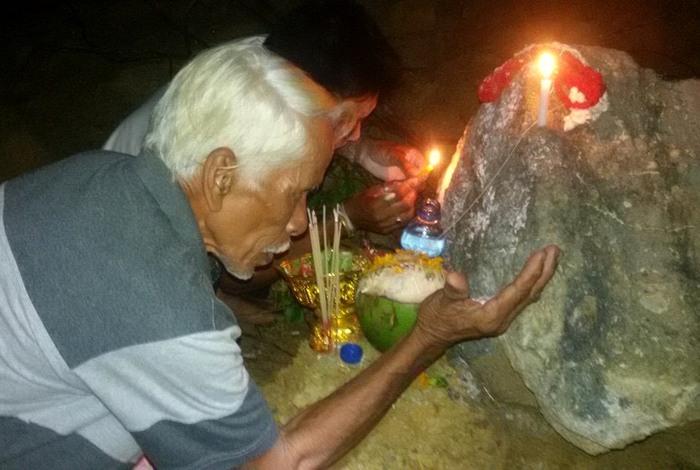 KRABI: Locals prayed over an age-old fossil earlier this week, hoping to receive blessings in the shape of a winning lottery ticket.

The fossil was among others discovered when Wutthichai Rodkoom was dredging his land with a backhoe in Khlong Thapsai, Khlong Thom District, in April. Each stone weighed a few hundred kilograms.

“I didn’t realize the stones were fossils until some neighbors posted pictures of them on social media,” said Mr Wuttichai.

Locals soon arrived with candles, incense and flowers to pay their respects, and to ask for winning numbers during this round’s drawing, which was done yesterday.

The head of Krabi Environmental and Cultural Preservation Committee, Niwat Wattanayomanaporn, went to check the fossil after the news spread.

“Our initial examination determined the fossils to be clams or shellfish, about 245 million years old. However, we will have officers from the Department of Mineral Resources examine them again, after which we will decide what to do with them.

There has been no word so far whether any of the villagers struck it lucky in yesterday’s lottery draw.