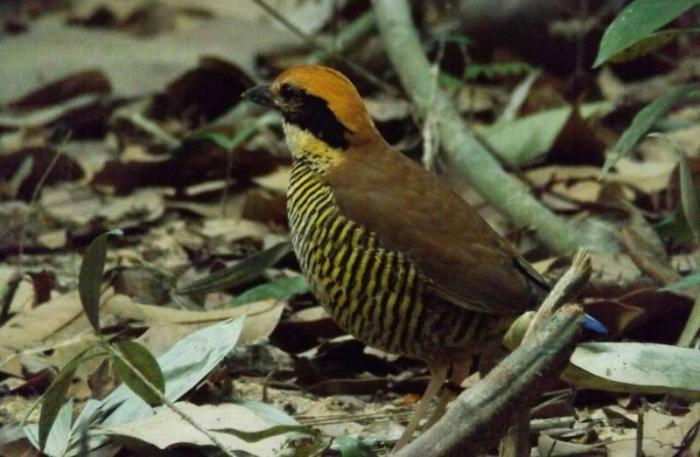 KRABI: The Wildlife Conservation Office plans to build a ‘house of love’ to breed rare birds that were recently discovered in Khaopra-Bangkham forest in Krabi.

The birds, known as Gurney’s Pitta, had disappeared for many years prior to the most recent sighting of a female in April and another in May.

“We have a male Gurney’s Pitta from the Klong Saeng Environmental Conservation Center in Surat Thani, which was raised there by humans,” Wuttipong Chusangrat, head of the Wildlife Conservation Office, told the Phuket Gazette.

“The bird is not found anywhere else in Thailand. When the two females were sighted, we came up with the idea to breed them with the male.”

The male was put in a 3×3 meter cage – built in the forest by the Wildlife Conservation Office – to get him used to living there, explained Mr Wuttipong.

“As soon as he gets used to the cage, we will make a bigger one for him. We will also install CCTV cameras to monitor his behavior and see if he can manage to call out to the females,” he explained.

Mr Wuttipong added that the cage area is prohibited for anyone but the officers.

“Once the female and male get together, we will build a larger cage, covering about one rai. This is to be their ‘love nest’,” Mr Wuttipong said.

Ornithologists and officials from the Wildlife Conservation Office, who teamed up to search for the birds, also heard the call of another male bird nearby.

“It’s encouraging to know that the Gurney’s Pittas are still in existence,” he added. “We will make every effort to breed them in order to preserve the species.”

PTT launches campaign to encourage Thais to sort their trash